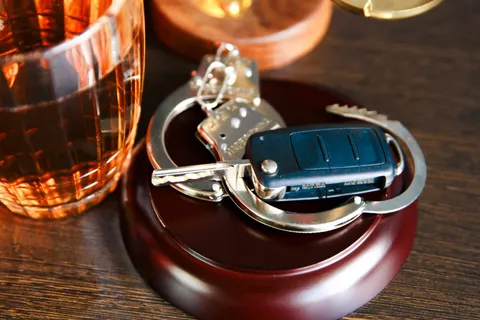 After a DWI arrest in accordance with 169A of the Minnesota Statutes, there are ways that a driver might be released from custody until his or her initial court date by posting a bail bond. First, the driver might post a cash bond at the jail. Next, he or she might be able to post the deed to unencumbered real estate. Third, if it’s a first DUI with a low blood alcohol concentration, the judge in bond court might release the accused driver on his or her own recognizance to return to court on a certain date and time in a specific courtroom. Lastly, a bail DWI bail bonds service might be used pursuant to Rule 702 of the Minnesota Rules of Practice.  A surprising number of DWI arrestees take advantage of our services.

Why Do They Choose Us?

After a DWI arrest in Minnesota, without our services, a person is likely to sit in jail for a day or two, especially if the arrest occurred on a weekend. An otherwise law-abiding person doesn’t want to sit there for a single day while waiting for a bond hearing.

DWI Arrestees Need Not Wait for a Bail Hearing

Bail is a sum of money that’s deposited for purposes of securing a defendant’s release from custody until such time as the case against him or she can be resolved. If a DWI arrestee is released on a bail bond by a judge, conditions will be attached. They’re likely to be burdensome and embarrassing. If we become involved in the bail bond process, it’s highly likely that no conditions or restrictions will be placed on the defendant’s freedom other than showing up at the right place and time for court dates.

What the Bail Bond Agent Needs to Know

If you’re a family member or friend of the arrestee, here’s the information that our bail bond agent needs to know in order to get the process started:

The family member or friend will need to sign off on some paperwork and pay the bail bond agent a sum of money equal to a percentage of the bail bond plus service charges. If another collateral is involved, that paperwork must be signed off on too. After that, an agent will likely meet you at the jail reception area at the facility where the arrestee is being held.

We’re available to help you 24 hours a day here at Northstar Bail Bonds. Contact us right away after any DWI arrest.

What Are the Father’s Rights in Divorce?

How To Recover from a Bankruptcy