If you have entered a pistol competition in hopes of showing off your skills, the pressure will be intense. The individuals who sign up to compete are extremely committed to accuracy and speed, often investing a lot of money in weapon upgrades, such as a Glock drop in trigger, and spending hours at the range practicing. Even though it really seems as simple as stand, aim, and shoot, there is more to accuracy than that. Here is a drill that gives you skills to master if you want to your shot to be dead on but quick on the release. After all, being the first to shoot to the target with extreme accuracy is the goal of shooting competitions. 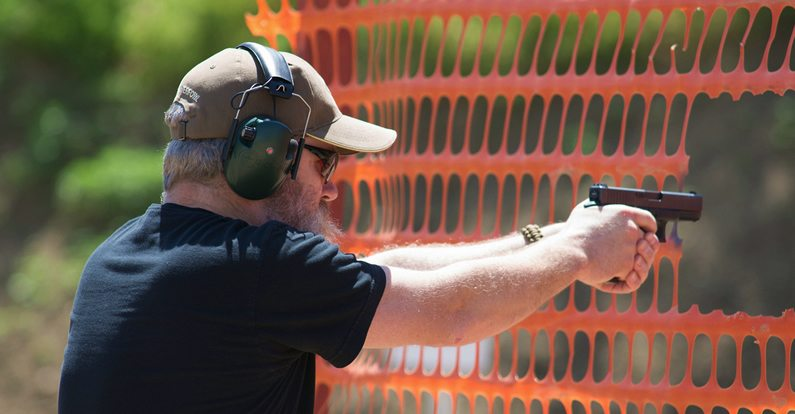 The drill will use a small target as what many consider to be a long-range attempt for a handgun. The goal is to teach you to slow down during the draw cycle and give you a chance to focus on the sights. The target should be set at 25 feet and be only 10 inches in diameter. At a buzzer, draw and fire your first shot. Drop the magazine, reload a fresh one, and fire a second shot to stop the timer. If both shots hit the target, it will count as a pass. If you are able to fire and hit on the first second, then reload and hit it again by 3.5 seconds, you have done well.

The second skill this drill develops is you reload from the belt. This is a competition skill that many shooters do not actually practice. This drill practices a reload after each repetition, rather than waiting until you are out of ammo. Using a timer also provides accountability for improvement, instead of assuming you are getting better.

Use It to Improve

Practicing is the only way you will improve the techniques and skills you need to dominate a shooting competition. However, it is some of the most simplistic and easy to follow drills that develop the right areas in an aspiring shooter.