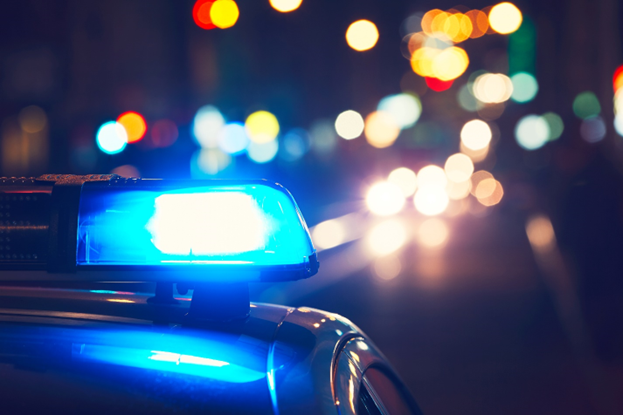 This technology is revolutionizing the way law enforcement agencies approach public safety and is being adopted by police departments around the world. A predictive policing system typically relies on information from surveillance cameras, crime analysis software and computer databases.

They process large amounts of data to identify patterns and predict the likelihood that they a particular type of crime will be committed in an area at a given time. Predictive policing systems may be used for day-to-day law enforcement activities or to plan for emergencies.

What is predictive policing?

Predictive policing software aggregates enormous amounts of crime data and tries to forecast where future crimes will occur. For example, if there is a series of robberies in a particular area, the software might predict that another robbery will eventually occur in the same place.

Police resources can use this prediction to ensure there are officers on site to reduce the likelihood of the predicted crime happening. The idea behind predictive policing is that it’s better for police and communities alike if the crimes are prevented rather than having them take place and then being solved afterward.

Wilfrid Laurier University offers an Online BA in Policing, which prepares you for leadership positions with a degree in policing. You will receive training in areas deemed critical by law enforcement leaders.

The program is tailored for current police officers working in policing as their primary career. It will allow them to pursue an undergraduate degree without interrupting their career progression.

We currently have two types of predictive policing:

Predictive mapping programs are a tool used in geospatial analytics to understand the impact of some action or situation on an area. Predictive mapping can be used for many purposes, such as understanding crime hotspots and identifying trends and changes in human population distribution.

They have become increasingly crucial in geospatial analytics because they give analysts insight into how an individual event will affect a large geographic region. These tools allow analysts to explore how events might happen in different scenarios.

This is beneficial when trying to account for multiple variables that could affect those outcomes.

Individual risk assessment programs (IRAP) are based on an individual’s ability and preferences. They typically include a series of activities, including exercises such as card sorting, interviews or creative problem-solving tasks.

They are effective because they allow you to uncover your risk-tolerance level when doing something pleasurable or instinctual. A company might use IRAPs to select candidates with a particular profile that is perceived to be advantageous during the hiring process.

Sometimes mental health professionals use these programs coupled with therapeutic techniques such as cognitive behavioral therapy. This can help patients develop more awareness about their strengths and vulnerabilities.

Predictive policing has many benefits, including:

Informed decision-making is a critical factor in the success of any police force. Fortunately, predictive policing seeks to aid law enforcement by helping officers make decisions related to crime prevention.

Some may claim that this type of policing is more akin to tactics employed by authoritarian regimes with little regard for civil liberties. It’s important to remember that predictive policing has also been credited with reducing crime rates in many parts of the world.

Predictive policing uses software to predict the likelihood of crime in specific areas. The idea is that if police can be proactive they can try to stop potential criminals before they act.

There will also be fewer crimes in the future because the criminal justice system was able to prevent these potential crimes before they were committed.

One common step in a criminal investigation is gathering evidence. Investigators must collect physical evidence from the scene and digital evidence from surveillance footage.

Advancement of the criminal justice system

It is used to advance the criminal justice system as predictive policing uses national crime data and information about specific crimes to forecast future illegal activity. It’s an advanced form of what is known as risk-based policing.

This assigns more police patrols to areas that are likely to have high crime rates. This method heavily relies on an algorithm, generating a weekly risk score for every street.

There are many benefits associated with this new technique, however, the foremost is the increase in safety for citizens and law enforcement officers alike. For starters, predictive policing has been shown to significantly reduce crime rates across territories where it has been implemented full-time.

The progressive uses of predictive policing

The progressive uses of predictive policing prediction can help to decrease crime and arrest perpetrators before a crime is committed. This is because it allows law enforcement officers to be proactive in the face of their duties rather than reactive.

Two models of predictive policing are currently in use throughout the United States: predictive and preliminary. The former has been used for years, but only lately has it become an effective tool for police departments.

Preliminary prediction, on the other hand, is still being fine-tuned and refined by various police departments across the country. Although both models are still being tested, they must fully prove their efficiency.

Many officers and departments believe these emerging forms of prediction will help to better the community for years to come.

Technologies being used in predictive policing

A few different technologies are being used in today’s predictive policing scenarios:

The advent of technology is having a transformative impact on law enforcement. The use of computer vision analysis and biometric identification has been integrated into day-to-day operations and offers unprecedented pattern recognition capacity at ever-decreasing costs.

Robotics and artificial intelligence have been making waves in the law enforcement industry. The benefits of using robotics and AI in criminal investigations are undeniable.

Technology offers a new way of solving crimes and a less costly method to process information and data. Lately, robotics has become a key player in fighting terrorism and crime.

The technology effectively allows for a new way of policing operations such as warfare, crime prevention and anti-terrorism activities. Robotics and artificial intelligence have been making waves in the law enforcement industry.

The benefits of using robotics and AI in criminal investigations are undeniable. Technology offers a new way of solving crimes and a less costly method to process information and data.

A digital twin is a digital replica of an object virtually identical to the original. In this case, a digital twin allows officers to collect data from past crimes and use it to predict where incidents may happen next.

The information they gather helps give them an idea of what they should look for next.

Some police departments are already using the technology, but it is still being tested. While there are several advantages to this new technology, one of the biggest questions is whether the information will be admissible in court.

Digital twins can be valuable to law enforcement. With this technology, police can create a record of a crime that they can use in court and prove their case.

Biometrics identifies people with physical characteristics, such as fingerprints and iris patterns. Police officers are now using biometric technology to identify individuals who may be involved in crime or terrorist activity.

The idea of identifying suspects based on their physical features has become more and more attractive to law enforcement officials. It is less time-consuming than previously used methods.

The benefits of using biometric technology can manifest in various important ways, including the ability to assess an individual covertly. It also helps search for new participants among ever-growing databases within seconds.

Currently in their infancy, drones have the potential to revolutionize police work by providing law enforcement with an exciting new way of destroying crime. While this might sound scary to some, these uncrewed vehicles are safe and beneficial for everyone.

From law enforcement to everyday citizens, they offer a more efficient, less intrusive method of preventing and fighting crime. They can also help police follow a person’s movements and determine where they are at all times.

By utilizing drones, police can monitor large areas, typically inaccessible to law enforcement, in real-time and take immediate action if necessary. Drones will also make our neighborhoods safer by deterring criminals and heightening the sense of danger for people committing crimes.

The use of drones will also have an impact on emergency response times because they can quickly mobilize resources.

Smarter cruisers in predictive policing is a new initiative that combines in-depth data analytics, human intelligence and sophisticated algorithms. It helps to identify and eliminate crime before it happens.

These solutions combine predictive policing with smarter cruisers to accurately assess what will happen next and where crimes may occur.

With real-time information on crime location and intensity always available, officers can change their patrol patterns accordingly. They can also take other preventive measures, such as performing extra patrols at high-risk areas.

ShotSpotter is a gunshot detection system that makes use of sophisticated acoustic sensors. It will automatically alert law enforcement regarding illegal gunfire incidents in real-time.

With the help of ShotSpotter, officers are provided with detailed information regarding the number of shooters, the number of shots fired and the exact location of the discharge. Thanks to the real-time nature of this system, police are often able to arrive while the suspect is still on scene.

With increasing crime rates, many homeowners are looking for ways to keep their homes and communities safe. While it’s been shown that building more affordable housing and providing job opportunities has a positive effect, some homeowners may also want to consider installing video doorbells.

What first appears to be a luxury is a wise investment in predictive policing technology. These devices alert homeowners when someone knocks at their door. It allows them to get ready for the person at the front door and protect themselves.

Predictive policing is an emerging field of police work that relies on new technologies and analytics, which allow law enforcement to reduce crime rates and increase public safety.

However, this process is only as successful as the implementation of these new technologies. With a good knowledge base on how to use them, law enforcement can improve its ability to detect crime trends before they happen.

The need for new technologies in police work has been recognized by law enforcement agencies all over the world. Investigating a crime after it is committed is essential to the criminal justice system.

Most law enforcement agencies have experienced significant benefits from this process during investigations and subsequent arrests. The ability to predict crime trends before they happen has also lowered police response times, making law enforcement more responsive to citizens’ needs.

3 Reasons You Need a Criminal Lawyer

Legal Law And The Administrative State